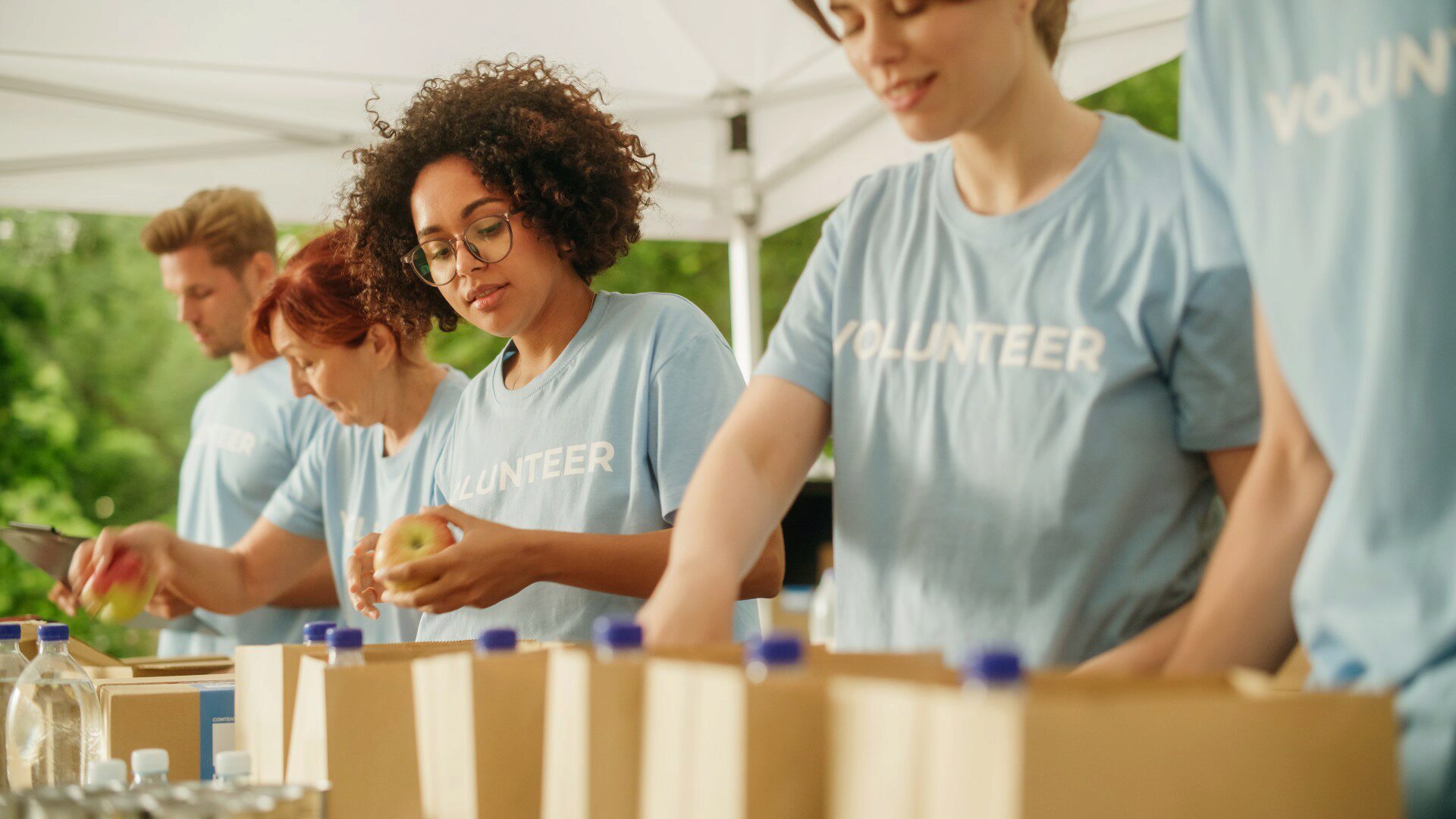 Robert A. Moffitt is the Krieger-Eisenhower Professor of Economics at Johns Hopkins University, and James P. Ziliak is the Gatton Endowed Chair of Microeconomics at the University of Kentucky.

The US has an extensive safety net designed to provide support to individuals and families with low income, and also to provide support during economic downturns. The Unemployment Insurance (UI) system is directly intended to provide such cyclical relief, but the other programs such as the Supplemental Nutrition Assistance Program (SNAP), the Supplemental Security Income (SSI) program, Medicaid, subsidized housing, and the Temporary Assistance for Needy Families (TANF) programs, also provide relief during economic downturns because more families are in economic need, even if only temporarily.

Previous work has shown that poverty rates among the older population are high and many older individuals remain in poverty for long periods. Yet the COVID-19 recession raised new questions about the responsiveness of the safety net in general but particularly for the older workforce. Accordingly, our recent paper specifically on the older population, investigating the receipt of safety net and social insurance benefits by older workers and retirees during the pandemic recession. We considered most major safety net programs, including those of special importance to the older population: thus, in addition to UI and SNAP, we examine receipt of social security retirement benefits, SSI, Social Security Disability Insurance (SSDI), and Medicaid. We also compared benefit receipt for this population during the Great Recession (2008-9) to that in the pandemic recession.

Our research analyzed evidence on transfers taken from the 2001-2021 Current Population Survey Annual Social and Economic Supplement, collected by the US Census Bureau. We examined individuals age 50-74, but we also split the sample into those age 50-61 and 62-74, as a rough approximation to periods before and retirement, respectively. Our data cover only the first pandemic year, 2020, so benefit receipt could have increased thereafter.

Figure 1 shows trends in benefit receipt for men (on the left) and women (on the right) who were age 50-61 when surveyed. 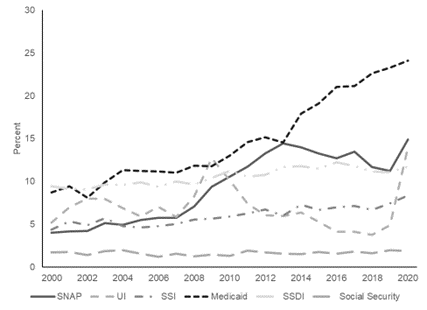 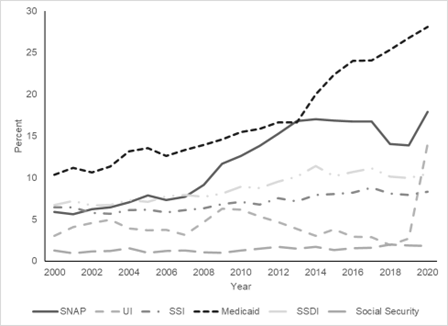 For both men and women, the most cyclically sensitive program was the UI system, with large jumps in participation during both the Great Recession and the pandemic recession. The second most notable increase in participation during the pandemic was for SNAP, whose participation rate jumped about four percentage points in 2020. Less of a cyclical response is visually evident in the Great Recession, but this is primarily because receipt experienced an increase during that period that also continued afterward. The other programs responded very little during the pandemic, although SSDI experienced a slight uptick, very small in magnitude. The SSI, social security, and Medicaid programs experienced no visual jump, although in some cases (like Medicaid) increases occurred which appear to be continuations of pre-pandemic trends. During the Great Recession, SSDI again experienced a small increase, but the other programs’ receipt was mostly stable.

For those age 62-71, the patterns for men and women are again generally quite similar to each other, though during the pandemic, older men and women experienced small declines in the receipt of Medicaid, SSDI, and SSI (the last mostly for women). One reason could have been that many Social Security Administration offices closed offices during the early months of the pandemic, making application more difficult.

In additional analysis, we explored how benefit take-up patterns differed across peoples’ socio-demographic characteristics. Among men, we discovered that African-Americans usually had higher rates of receipt for all programs except for UI. We also found that education was negatively correlated with receipt, and unmarried men as well as those not owning a home had higher rates of receipt. For women, a similar pattern was detected by race, yet recipiency was most responsive among divorced, widowed, or separated women, possibly because of greater need. SNAP and UI receipt also grew the most for widowed, separated, and divorced women, and also for Black women. For both men and women, recipiency responded the most among the least educated, perhaps again reflecting greater need.

Our research offers several new findings about how the US safety net performed during the last two recessions, and in particular for older Americans. First, the UI and SNAP programs proved to be quite important for older workers, particularly for the less educated. Second, these programs provided support to those age 62+, as well as to those age 50-61, especially SNAP. Even with programs like social security and SSI, low-income individuals after retirement are eligible for SNAP benefits, and many apply and receive benefits during recessions. Although to a lesser extent than younger individuals, people age 62 also receive UI benefits. Third, we find that receipt in both programs responded more strongly in the pandemic recession than in the Great Recession. [Study here.]