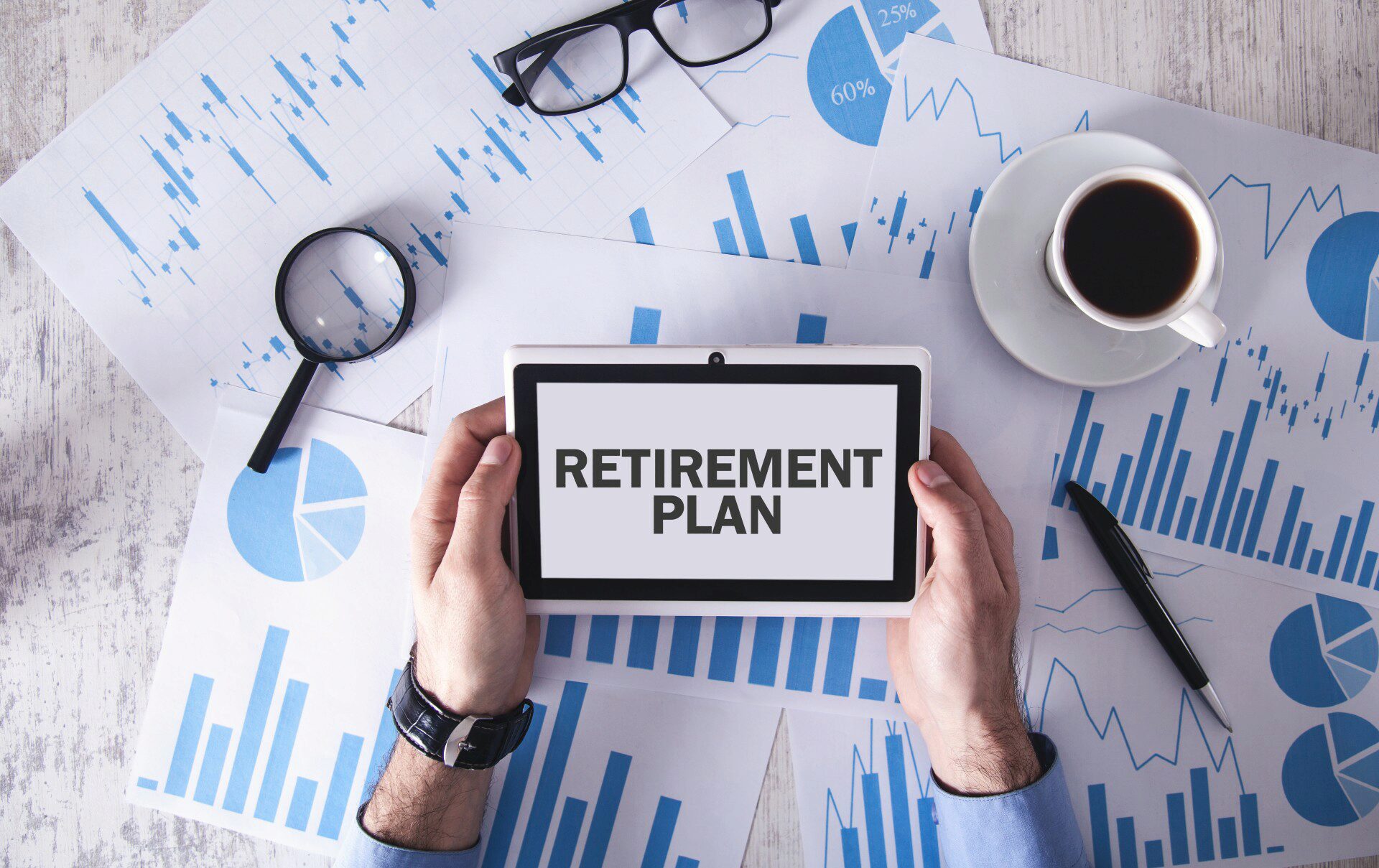 Pension plan participants are expected to be able to understand financial information and make decisions that critically shape their future lives and well-being, yet past research shows that they often do so without sufficient financial knowledge and literacy (Lusardi & Mitchell, 2011). To this end, the European Commission has said regarding pension systems: “the trend towards DC [defined contribution] schemes underlines the need for transparent and clear communication” (Kohler & Petrovic, 2012 : 13). Seeking to boost pension engagement, many analysts have sought to better portray and frame how financial information is provided to real-world consumers so they can better deploy this knowledge. Additionally, regulators are exploring alternative ways to inform consumers, including by simplifying communication by shortening (what we call here “financial less is more”), and moving from paper to digital communication.

In our recent paper, we examine the effectiveness of both approaches in an experimental setting.  Specifically, we use financial reports inspired by a reform in pension communication requirements instituted by the Israeli Ministry of Finance in 2014, that affected both the length of reports and the media of communication.

We fielded three experiments in which participants (both a student sample and a representative sample of working-age Israelis) were assigned to three separate conditions. Participants received either a short, long, or combined pension report (where the latter included both the long and short reports). The information included in the long report was mostly also included in the short report, but the short report was more concise, with a smaller number of tables, and it used simpler, less technical language. All participants were asked to answer nine questions, with varying levels of difficulty, about the information presented in the attached report.  In one variant, students received a paper rather than an online report in a closed envelope, so as to approximate the actual conditions related to financial reporting.

A first lesson is that participants did significantly better on the difficult questions when they received a short version of the paper report (see the figure below). The mean of correct answers in the short version was 1.53, versus 1.38 in the long version and 1.41 in the combined version, the results are not statistically significant in the unadjusted analysis, but are significant at the 5% level in the adjusted analysis (regressions); see Figure 1 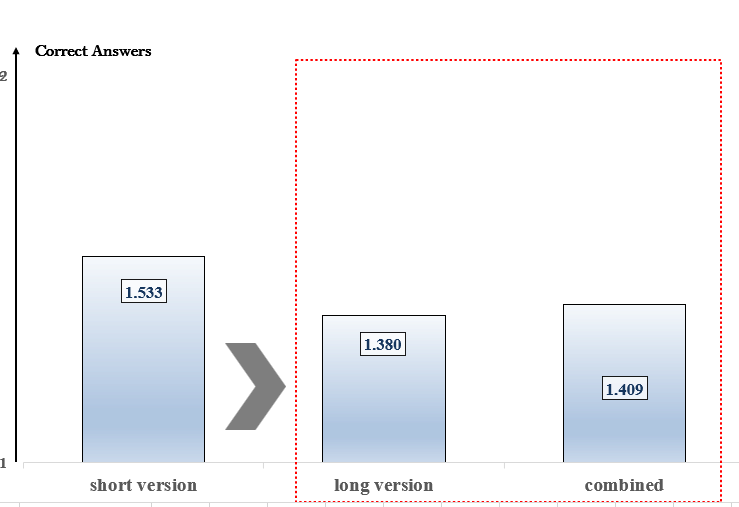 In a second study, 116 students received a digital version of the (same) report and questions. Here, we found the opposite result: participants did not answer more of the difficult questions correctly, when given the short report. In a third digital study using an age representative sample of the Israeli population (20–64 years; N = 749), these participants answered significantly fewer (1.81) difficult questions correctly when they received the short version compared to the long (1.90) or combined (1.92) versions (see Figure 2). The differences are statistically significant at the 10% level. 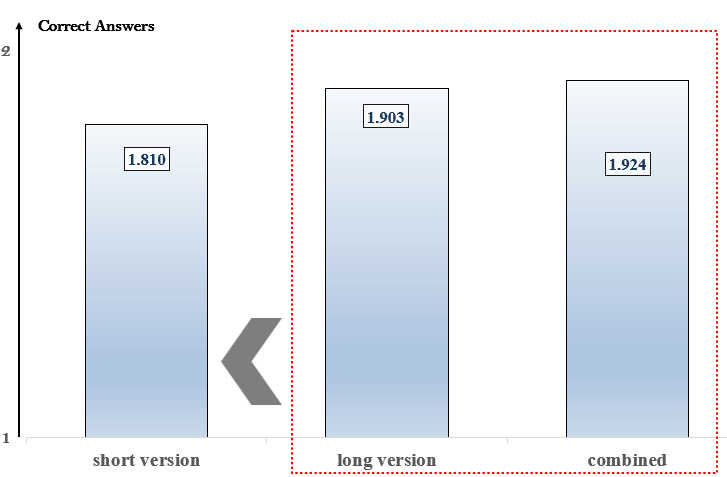 What We Make of This Evidence

Our results offer new insights into the consumers’ responses to digital financial reporting: specifically, people learn more compared to when they receive paper documents. These results are relevant to current policy discussions, where hard copy financial information has been traditionally delivered via the postal system. In this situation, we find that short reports better communicate information than long ones: financial less is more. But when people are sent financial statements and pension information digitally, the longer documents appear to do a better job in imparting financial information to participants.